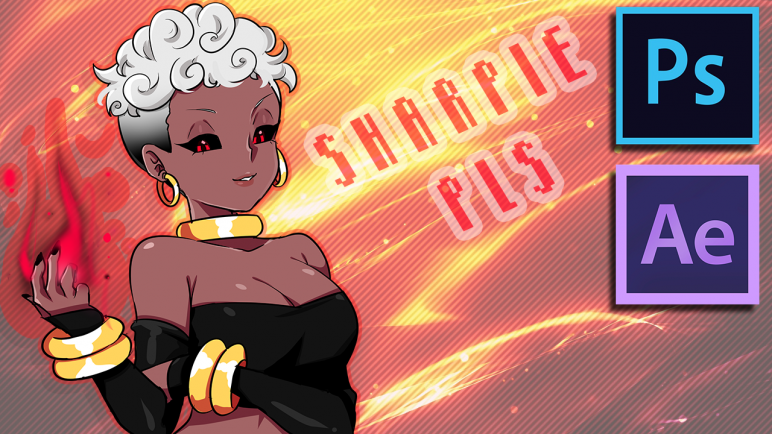 I’ve been doing some work on the branding front, especially with getting ready for events that I’m going to attend or stream. This was the first time I’ve actually done something with Adobe Effects for that purpose.

It started with a commission that I got as a Patreon reward from DragonsInMySky. As an aside, I highly recommend checking out her Patreon and commission information because she does fantastic work. From there, I needed to was just as simple as making a Photoshop edit with some cool event information.

I actually used the edit as the featured image for the FINAL ROUND 18 event page added to my event schedule earlier yesterday. I could have stopped there, but nah, WHY NOT GO THE EXTRA MILE? I mean, honestly, everyone uses this type of advertising stuff on Twitter now-a-days. Circa eSports is a good example of an org that consistently uses these ads. GIFs tend to get more attention on Twitter, I’ve noticed. So, why not make it into an animated gif that stood out?

Here is where we get into some simple Adobe After Effects stuff. My first attempt was pretty trash. I learned from a tutorial I found on YouTube, but skipped a step that ended up in just a slow zoom in and out from the layers. The reviews I got on them were a bit less than expected. The biggest criticism was that it was really jumpy and static; I was told that easing my layers would make it look more natural.

A second attempt was actually a lot better. I added some Puppet effects in After Effects to animate the fingers and head to give it the illusion that it was moving. Still not 100% yet. I’d like to add a bit more life in her and change the way the background animates. Something along the lines of this would be ideal, but I don’t know how feasible it is right now.

Well, that’s all I got for now! I’ll keep blog updated on some more tests I run!